History of Acupuncture- Sticking pins in someone- Who thought of that?

History of Acupuncture- Sticking pins in someone- Who thought of that?

We often get asked about the origins of acupuncture. As a patient lies on the table, I gently tap needles into them. They will get an inquisitive/confused look on their face and I know what they are about to ask. “How was it that someone thought to stick pins into another?” or “Who thought of that?” What a good question! The short answer is nobody really knows. Scholars and experts in historical medicine agree that there is no written documentation of the very beginnings of acupuncture. Not in Chinese or English. An excellent and detailed investigation of the evolution of acupuncture theory can be found here.  Let’s take a look at what we do know about history of Chinese Medicine. Hopefully we can get a grasp of how acupuncture came to be… 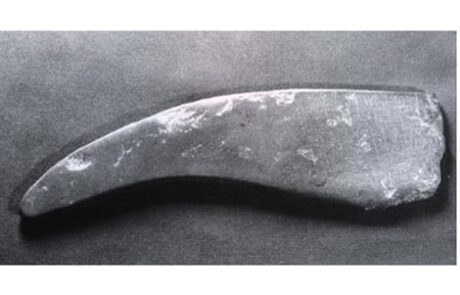 Archaeologists have found sharpened artifacts likened to acupuncture needles. Bones and sticks were sharpened and used before needles were invented. This is a specimen of VERY OLD acupuncture needle. This makes today stainless steel filiform needles look seriously wimpy. There were all kinds of objects that were used in place of today’s modern tools. For instance, horns were used instead of the modern day glass/plastic cups. 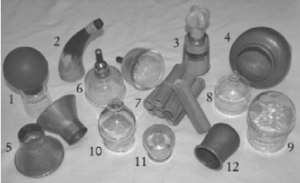 Suction cups are used by acupuncturists, TCM practitioners to suck out disease from the body. These are cups throughout the ages. There is proof that the use of primitive acupuncture tools dates back to about 6000BCE.

The Chinese medicine system has been perfected through empirical observation. It took thousands of years of doctors and healers to figure out what worked and why. 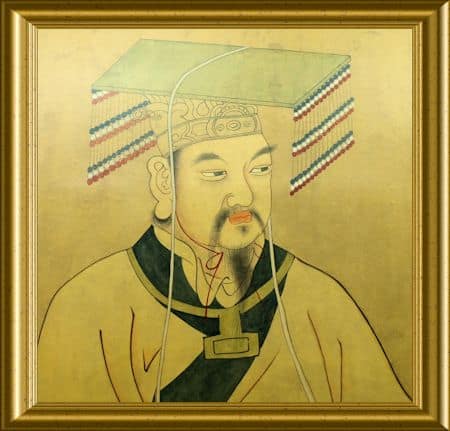 The practice of acupuncture grew in its complexity throughout the various ruling dynasties in China. The Yellow Emperor Is a classic text. It’s a cultural learning experience about Chinese Medicine. This is Huang Di the Emperor of the time it was written (2500BCEish). Unlike Western medicine, the Chinese did not dissect the body. The practice developed out of trial and error. The ancient healers took into consideration how our natural environment and lifestyle affects our bodies. This had an influence on which points were chosen to stimulate.

There is another belief that the idea of puncturing the skin was found by fluke! The common tale goes as follows. In ancient times, a Chinese soldier was wounded in battle by a sword. The wound (which was a puncture) miraculously caused another (unrelated) area of his body to heal. And they were onto something! This was the story I was given by my teacher in college when a bright light (probably me) asked how it all began. My guess is that may not have been that far off as around this time, Taoists were already observing energy flow in the body. Meditation practice was in full swing and concepts of cause and effect were already being reflected upon. It is interesting to note that initially, acupuncture wasn’t used to cure disease but to maintain and prevent illness.

Unfortunately, there has been no documented uh-huh moment involving a single epic needle insertion and and light bulb going ding! But hopefully this has shed light on the fact that Acupuncture is a science that has been gradually accumulating and continues to evolve as an incredible medicine.